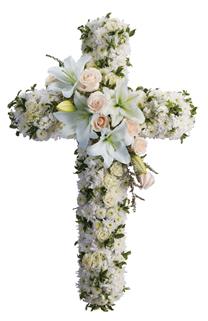 On Friday, December 19th, 2014 I received word that a friend, colleague and fellow warrior for Truth and Justice for Germans, the one and only Hans Krampe, had passed away.  Hans had just recently turned 71, was generally in good health, but he had not been feeling well of late. I was shocked and deeply saddened by this news and wish to pay tribute to my comrade. I have been in contact with Deanna Spingola and we have decided that we will do a tribute to Hans on Monday, December 22, 2014, on her BlogTalk radio show “Spingola and Friends” at 9am Pacific, Noon Eastern. Go hear to listen live or for the archive.

Hans was born in 1943 in the middle of an Allied bombing raid in German capital of Berlin. His early childhood after the war was spent in the former communist East Germany (DDR), but later he was able to move to West Germany. As an adult he served several years in the German Navy before moving to Canada in 1974, in his early thirties, where he worked in the mining industry, and later retired to his home on the outskirts of the central British Columbia town of Quesnel. Unfortunately, I do not have any photos of him to include here.

Hans was a contributor to numerous books published by V.K. Clark, and in particular, his translation of the book “Swastika & Scimitar – Brothers in Arms. He was a frequent guest on “Spingola Speaks” with Deanna Spingola on the Republic Broadcasting Network, and he also contributed several articles to this website, for which I am most grateful.

Hans was a great researcher and was very outspoken with regard to correcting the historical record as told by the World War II Victors, and which are continually regurgitated and spewed in the media today. He had conviction and took a lot personal initiative to combat the lies concerning Germany, Hitler, National Socialism and World War II.  He would often confront the liars with facts, by writing fact-filled, stinging rebuttals to the authors, or letters to the editors, and he would then circulate these to his friends via e-mail. They were always a pleasure to read and a source of inspiration to us all.

Hans was an incredible writer with a great command of the English language. He was very articulate and precise, and he never pulled any punches. But he also had a great sense of humour and a playful side which really came out in private conversations, as well as during his radio interviews. Hans was dearly loved by all who knew him and who shared his passion for truth and justice. He was hated by those liars and scoundrels who fear the truth, and he would not have it any other way. Hans refused to live in fear, and to knuckle under at any cost, momentary or social. Armed with the facts, he said what he meant, meant what he said, and he stuck to his guns. He had integrity.

In his last correspondence between friends, just a few days before his birthday, he mentioned having had some very strange symptoms,  which he had never experienced before, which would come on rather suddenly with short bursts of dizziness and complete disorientation. He indicated that these would last about 30 minutes. Hans finished the final e-mail by saying:

“I hope this will be just a passing problem for me. If not, it’s goodbye Du Schnöde Welt, sooner than later.” (goodbye “despicable, contemptible world”).

Mutual friends Werner and Renate spoke to him by phone on his birthday (end of November), and he told them he was feeling alright again.  But then there was silence from Hans for a week or so.  When he could longer be reached by phone, and did reply to e-mails, a neighbour was called to go check on him, whereupon Hans’ body was discovered lying in his bed, and then the authorities were called.

Hans is survived only by his beloved dog Spike and all of the rest of us who loved and appreciated him.  We thank God for him and we know that he is now in a much better place, having the last laugh on those who now rule over this planet, and who have caused all of humanity so much harm. We all know where they are going in the end, for all of the hell they have wrought upon us Germans, and upon the world at large.

And so, let me now say to them, on behalf of Hans Krampe :

“There is a very special place in hell reserved for you, and for all of your lackeys who have profited from your barbaric crimes and lies, where your highly advertised “burnt offering” will finally be granted to you, and where “Arbeit Macht Frei” will not apply. We have the facts and we now know the truth! Your days are numbered, and your just deserts await you!”

Wayne from Canada – Justice for Germans

Deanna Spingola is joined by Werner Bock and Renate along with Wayne from Canada to remember Hans Krampe , fighter for truth .

Hans Krampe – Memories of the camps and Black Propaganda